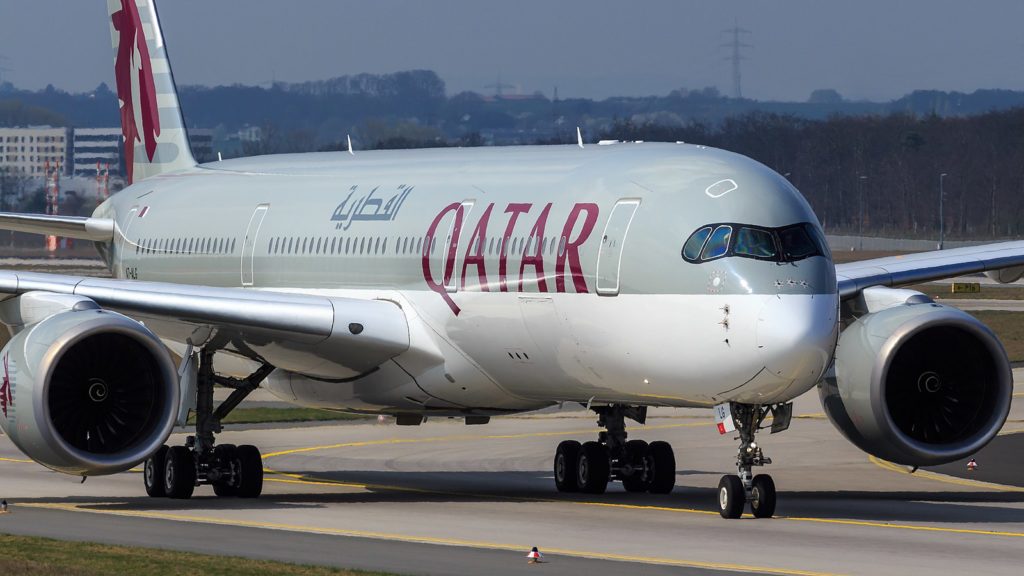 The A350 XWB is Airbus’ shiny, sexy twin-engined plane, built with combination of carbon composites, titanium and aluminium. It’s powered by two ultra-quiet Rolls Royce engines. Its ‘extra-wide’ cabin is designed to make passengers feel as comfortable one can without flying in a private jet.
Boeing’s 787 Dreamliner is their version of the ultra-modern jet. It features the largest windows on any commercial plane, emits up to 25% fewer CO2 emissions, and has the ability to fly passengers comfortably from Perth to London (as Qantas is doing now).
Qatar Airways has both aircraft in its fleet. And I’ve been lucky enough to fly business and economy class on both planes on these flights:
Adelaide to Doha (A350)
Doha to New York (A350)
Colombo to Doha (A350)
Doha to Zurich (B787)
Delhi to Doha (B787)
Could there really be a difference between two ultra-modern aircraft? There would be. But often these differences are most likely the result of an airline’s own product and not necessarily aircraft type. Someone flying on a Boeing 787 flown by low-cost airlines Jetstar or Scoot would be very different to a 787 flight by Singapore Airlines, Qantas or Qatar Airways.
Qatar Airways’ wide-body fleet includes Boeing 777s and 787s, Airbus A330s, A340s, A350s and A380s. Their interior product and service is fairly consistent across all aircraft except their older A340s and A330s. So to the average flyer, their brand new A350s and Boeing 787s would provide a fantastically comfortable, near-identical experience. Saying that, I do have a preference for one airliner over the other. Read on to find out what I noticed.

The 787 features the largest windows on any commercial plane. They’re so tall you could take #cloudporn pics for your Instagram feeds from a million angles. If you’re not sitting in the window seat you won’t have to crane your neck awkwardly to enjoy the views. Saying that, their gimmicky electronic dimming feature is annoyingly slow, and I prefer the A350’s smaller (but not small) windows with their conventional pull-down blinds.

The A350 cabin is a few inches wider than the 787. Not a big deal? Think again. The fewer inches on the Dreamliner means that Qatar’s 787s have an economy seat width of 17 inches. Their A350s have a width of 18 inches. On a 14-16 hour flight from Adelaide to Doha, this matters! And while the 787 has the tallest cabin in the skies, the A350 feels wider. Again, I prefer the latter as a result, even in business class.

While both aircraft have much quieter cabins than their competitors, the A350 definitely feels a lot quieter than the 787, no matter which part of the plane you’re sitting in. The A350 is in fact the quietest twin-engined aircraft in the skies. The only plane quieter is it’s double-deckered older brother, the A380.

This is just me geeking out, but I prefer the overall design of the A350.
Whether it’s the gorgeous, curved wingtips, or the fact that the A350 has a tail-camera installed which lets passengers get a fun POV during take-offs and landings, I think the A350 is a lot sleeker than the 787.

Ticket fare code
Despite sitting on the same seat, different fare types can have dramatic impacts on flight change flexibility, frequent flyer mile accrual, upgrade eligibility, and more. Watch out for ‘online’ and ‘promo’ fare codes that severely restrict earning miles and other perks.
Frequent flyer miles
I can’t tell you how many flights I’ve upgraded with miles, how many overbooked flights resulted in a free upgrade because of my tier status, and how much money I’ve saved at airport lounges on food, showers, and drinks! If you don’t collect miles, begin today! Even if you fly once a year. Just do it. Read more here on how to choose a frequent flyer program:
Layovers
I love adding a long stopover in Doha whenever I fly Qatar, or Dubai whenever I fly Emirates. It gives me the chance to explore a city and refresh myself before catching my next flight. Watch my travel show, Stopover, to see how I’d spend my time in Singapore. And check out Qatar’s insanely great deal on 24-48 hour stopovers that includes huge discounts on 5-star hotels.
In-flight entertainment
Being stuck in a plane for more than 8 hours can get boring even for the most avid plane geek. A good selection of documentaries and TV shows is a priority for me when choosing an airline.
Airport amenities
I prefer flying with an airline that is based out of a great airport like Doha, Changi, or Dubai. It might not seem like it matters, but if you’ve got a stopover that’s too short for a little excursion out of the airport, but too long to simply wait at your next flight’s gate, a good selection of book stores, cafes, and public spaces makes a massive difference in your journey. Check out the special episode of Stopover I did at Changi Airport to see why they’re the best airport in the world.
A large bulk of my flying is in economy class. Here’s what I look for:
Seat row
After looking through my potential flight’s seat map on SeatGuru, I try to find the two-seater spots if available, which unfortunately you won’t find on A350s or 787s (Qatar’s older Airbus A330s and A340s have a 2-4-2 layout though). If these seats aren’t available I go for bulkhead seating or emergency exit seats, which you’ll have to request at check-in really nicely.
Window seats
My worst flying nightmare involves me sitting in the middle few seats of a plane. I need the option to look out of the plane whenever I want.
Distance from engines
This is a simple one. Sitting towards the back of the plane means a louder flight. On an A350 this isn’t a huge deal. On a Boeing 777, it is.
In conclusion, while Qatar’s award-winning service is consistent across its fleet, from it’s in-flight entertainment to fantastic menu, if I had the choice between the two planes I’d choose the A350 over the 787. It’s more comfortable, feels more spacious, and is quieter than any other twin-jet I’ve flown.

A350 routes: http://www.airportspotting.com/airbus-a350-routes/
A380 routes: http://www.airportspotting.com/boeing-787-routes-2/
Favourite airlines that fly the A350:
Qatar Airways
Singapore Airlines
Documentary about the A350
Documentary about the Boeing 787
Other reviews of the 787 vs A350:
One Mile at A Time
The Luxury Travel Expert
Traveller.com.au
Which airliner do you prefer? The A350 or the 787? I’d love to find out why in the comments below!

[…] I’ll find myself on a packed economy class flight (where I started writing my review of the Airbus A350 vs. the Boeing 787 Dreamliner). The kind strangers in front of me often pitch their seats all the way back, ensuring that my […]

This site uses Akismet to reduce spam. Learn how your comment data is processed.